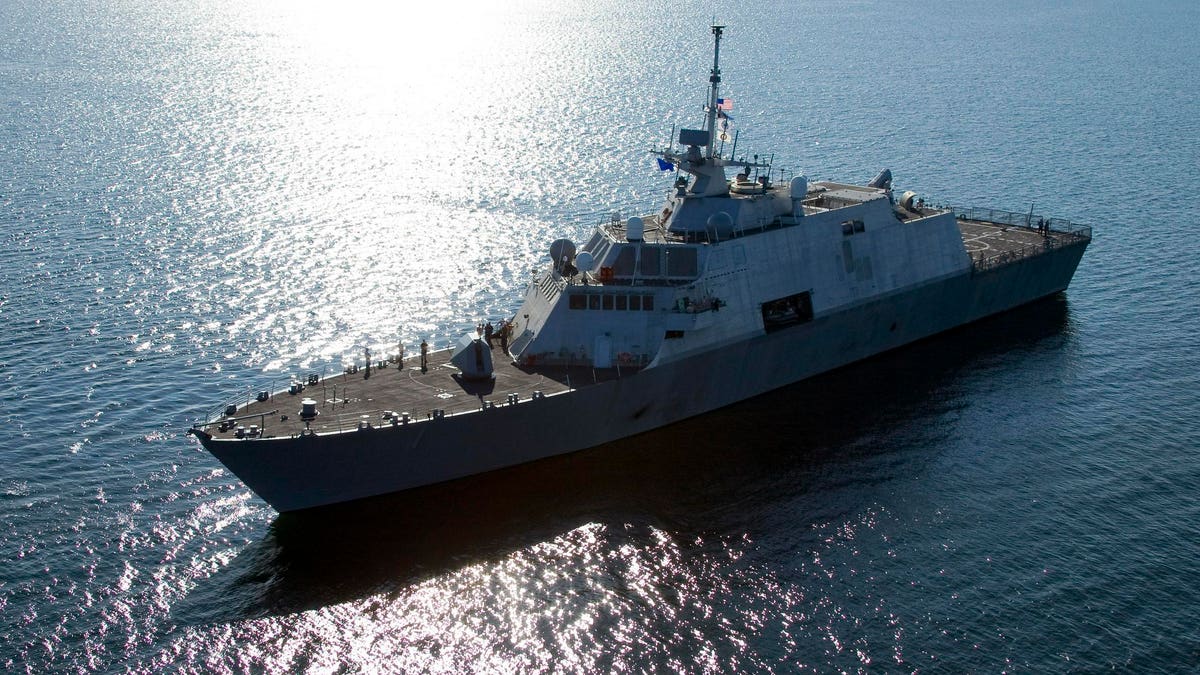 US Navy leaders are caught in the classic innovator’s dilemma. To counter the threat posed by China and its world’s largest fleet, US admirals could continue incrementally improving the reach and survivability of their large, multi-mission ships; or they could evolve the force to embrace concepts that prioritize new metrics such as diversity of kill chains or the distribution of forces. Choosing change may be unpopular with allies, Congress, or Navy supporters, but unless it embraces disruption the US Navy could end up like Kodak or Xerox—still standing, but irrelevant to its competitors.

The Navy Secretary’s new strategic guidance seems to join Chief of Naval Operations Mike Gilday’s Navigation Plan in trying to avoid the dilemma by advocating new concepts such as Distributed Maritime Operations but designing the fleet around traditional measures like lethality and ship count. Ask Blockbuster Video how well a plan like that works.

The tension between tradition and change is most intense in the US Navy’s surface fleet. Due to a lack of alternatives, fleet commanders today conduct nearly every surface mission from freedom of navigation enforcement to ballistic missile defense with well-armed and survivable Arleigh Burke destroyers or Ticonderoga cruisers costing $70-90 million to operate annually. They are increasingly joined by Littoral Combat Ships that cost less to buy but nearly as much to operate, which is twice that of their predecessor Perry-class frigates. As a result, sustainment costs are crowding out R&D and procurement for the future surface fleet.

The Navy’s new destroyer, DDG(X), will further pressurize budgets by doubling down on traditional metrics. In addition to incorporating a larger version of today’s SPY-6 radar and more VLS cells, the DDG(X) “Death Star” would carry a high-power laser for missile defense and conventional prompt strike hypersonic missiles to conduct rapid attacks from very long range. Compared to the 9,600-ton Burke destroyers, DDG(X) could top out at more than 12,000 tons. Its price would be similarly weighty, at anywhere from $3 to $4 billion per ship.

At twice the price of today’s destroyers, DDG(X) will likely be built at half the rate, rapidly shrinking the number of large surface combatants during the 2030s as 3 to 4 Burke and Ticonderoga-class ships retire every year. New Constellation-class frigates could make up some of the difference and rebalance the fleet toward small surface combatants, but concerns persist that Navy leaders are growing the frigates’ requirements and costs along with those of DDG(X).

More expensive new surface combatants will constrain the Navy’s ability to implement concepts like DMO and manned-unmanned teaming. Instead of individual ship survivability or lethality, DMO and MUM-T favor force-level measures such as the diversity of kill chains a naval group can complete. Delivering on these metrics will require that the Navy field a larger and more affordable fleet of manned and unmanned vessels, which will require rebalancing the surface fleet toward frigates and other less-expensive small combatants.

The Navy could free up funding for more smaller ships by focusing DDG(X) on defensive operations, since the Navy’s required 64 large surface combatants are barely enough to support the fleet’s 6 ballistic missile defense stations and escort 2 to 3 deployed carrier strike groups. DDG(X) should therefore not devote valuable space to ballistic missile-sized hypersonic strike weapons, which will also be carried by Zumwalt destroyers and Virginia-class submarines. This space would be better used for large numbers of medium-range air defense interceptors like the Evolved Sea Sparrow Missile.

Similarly, the DDG(X)’s energy weapons—including electromagnetic warfare jammers, lasers, and high-powered microwave weapons—should be optimized to maximize the ship’s effective air defense capacity. For example, since lasers can only engage one target at a time, space, cooling, and power for them should not be allowed to reduce the effectiveness of microwave weapons and jammers that can engage multiple threats simultaneously.

Even focused on defensive missions, the DDG(X) will still be more expensive than its predecessors. The Navy should therefore accelerate rebalancing the surface force toward small combatants by building only 1 DDG(X) per year and extending frigate construction past the currently planned 20, which would coincide with DDG(X)’s introduction around 2030. Provided their costs remain about half that of today’s destroyers, frigates could become the surface fleet’s workhorse and sustain its ability to distribute and execute diverse kill chains.

The surface force could further enable distributed operations by getting the most out of its Littoral Combat Ships. After retiring the least capable hulls, the Navy should station most of the remaining LCS overseas to reduce their transit distances, operating costs, and risk of mechanical failure. The Navy should complete its plan to equip all LCS with Naval Strike Missiles, and focus them on maritime security and countering coercion of allies and partners by proxy and paramilitary forces. Because most mine clearing systems are now carried by unmanned vehicles, the Navy can shift mine warfare from LCS to a range of vessels, including forward-stationed Expeditionary Sea Bases.

The final key to the surface fleet’s distribution is increasing its use of unmanned vessels by aligning their missions and level of technical maturity. For example, instead of chasing fully automated large unmanned missile vessels, the Navy should field them in the near-term as manned small surface combatants. By combining a small crew with automation, these vessels could be useful for training and maritime security during peacetime but pivot to be unmanned missile platforms during conflict.

An even greater missed opportunity lies in undersea gliders and the medium unmanned surface vessel. Both have already shown their utility in missions like undersea and surface surveillance and should be fielded to take pressure off manned submarines and surface combatants.

The surface force no longer has the luxury of loading up each new ship with the ability to do every mission under all conditions in pursuit of maritime dominance. That is the path to a shrinking, more predictable, and less relevant surface fleet. Deterring China will require new operational approaches that increase Beijing’s uncertainty and provide US commanders more options to counter aggression and adapt as a confrontation evolves. Unless its leaders embrace these changes, the US Navy could find itself out of business in the Western Pacific.

TopClassicNews - September 30, 2021 0
As Forust ramps up for full commercialization, it’s also continuing its process development. “We’re looking at other material sources, like bamboo and...