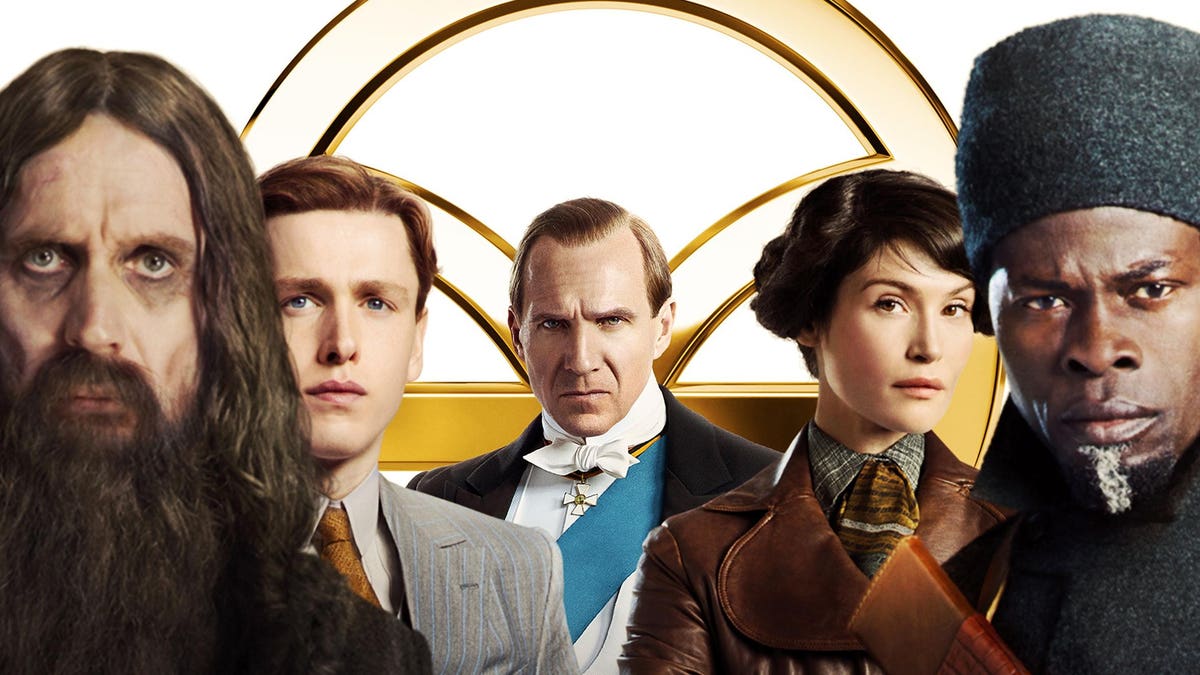 The first teaser trailer for The Kings Man dropped July 15, 2019. I noted that the World War I-set prequel was a huge risk because it was rooted in abstract interest in the Kingsman IP as opposed to the specific characters (Taron Egerton’s Eggsy and Colin Firth’s Harry) who helped the first two present-tense Kingsman flicks top $400 million worldwide.

As I wrote then, Kingsman: The Secret Service was a surprise smash in February of 2015, earning $128 million domestic and $411 million worldwide alongside Fifty Shades of Grey‘s $565 million run. It was one of the first cases where (I’d argue) geek-driven excitement over what could have been a cult property successfully translated into mainstream interest. The core hook, “Pygmalion meets 007,” was a good one.

The bad news is/was, that this prequel is still a bet that audiences actually care about Kingsman as a brand. That’s still the case, even as the film got a second trailer in September of 2019, which announced a new release date not of November 15, 2019 (right alongside Terminator: Dark Fate and Frozen II) but February 14, 2020. And then, obviously Covid struck, and the film got pushed to September 18, 2020, with a third trailer arriving June 21, 2020.

I wrote then that the big-budget (presumably around $90 million, as Kingsman cost $81 million and The Golden Circle cost $104 million) flick was essentially a sacrificial lamb in the post-Tenet and pre-Wonder Woman 1984 post-summer line-up which otherwise was mostly comprised of horror movies (Conjuring 3, Candyman, etc.). But Tenet underperformed domestically and theaters in New York and Los Angeles didn’t reopen as hoped, so a slew of delays sent The Kings Man packing to February 12, 2021 and then March 12, 2021.

It got pushed again in the wave of “Uh, No Time to Die isn’t opening in April 2021 after all” delays, moving first to August 20 and then to December 22, 2021. We got a trailer/featurette on July 6, 2021 explicitly linked this Ralph Fiennes-starring prequel to the two previous Kingsman films. Now we have two (green band and red band) trailers bringing the total number of previews to six! Both trailers run under two minutes and are near-identical, but the red band one contains a little more blood, a few f-bombs and at least one onscreen beheading.

Both teases declare “Witness the birth of the Kings Man!” as if that’s automatically something audiences give a damn about. Honestly, as much as I’ve discussed the notion of the bigger/safer tentples (No Time to Die, Venom: Let There Be Carnage, Spider-Man: No Way Home) being kept until after summer, this one is a curiosity. It would be a commercial coin toss even in better times, let alone in our current hellscape, pitted alongside Spider-Man 3 (version 2), Sing 2 and The Matrix Resurrection.

In terms of raw grosses, the two Kingsman films ($414 million in 2015 and $411 million in 2017) are the biggest IP Disney has from formally-Fox outside of Avatar, Deadpool and an eventual Planet of the Apes continuation. So it makes sense that they’d consider this third film, even if it’s a prequel with all-new characters, to be a comparative crown jewel and their big year-end (non-awards season) offering.

The question remains the same as it’s been for over two years: Will audiences give a damn about seeing how the Kingsman got their start, complete with a cast of folks (Ralph Fiennes, Liam Neeson, Gemma Arterton, Djimon Hounsou, etc.) who are “known” without being draws? Is this a promising franchise continuation or a sacrificial lamb? We’ll (hopefully) find out when Matthew Vaughn’s The Kings Man opens on December 22, 2021.

TopClassicNews - September 25, 2021 0
assets has notably included trophy and luxury property in New York.  Trading in its flagship Hainan Airlines Holding at the Shanghai Stock Exchange will...