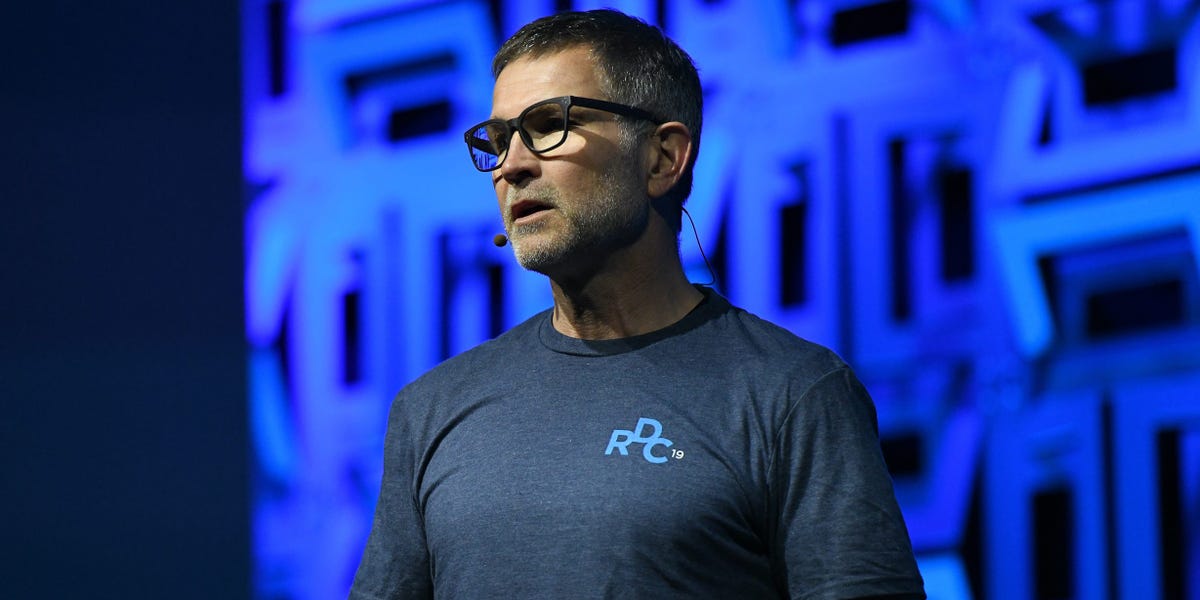 Video-game maker Roblox is finally set to go public this week after a series of delays.

Roblox was initially gearing up to hit public markets via an IPO in December 2020.

However, tech companies like Airbnb and DoorDash saw huge first-day pops in their stock price when they debuted earlier that same month. Roblox management decided to push the public debut until 2021 and told employees that it was working with its advisors to find a more “market-based relationship” between investors and companies, Reuters reported at the time.

Then, in January, Roblox CEO David Baszucki told employees in a memo that the company’s management had decided to pursue a direct listing instead of an IPO.

The switch was seen as the “best path for Roblox as we believe it will create a more market-based relationship for all our stakeholders,” Baszucki wrote in an email to employees. The company also then raised $520 million in a Series H round led by Altimeter Capital and Dragoneer Investment Group, bringing its total financing to around $855 million. This new round valued the company at $29.5 billion, it said.

But the direct listing, originally slated for February, hit another snag due to SEC scrutiny over how Roblox recognizes revenue, Reuters first reported on Jan. 28.

Now, Roblox is on the verge of a direct listing on the New York Stock Exchange, which is scheduled for March 10.

The NYSE has set a reference price of $45 per share on Tuesday night ahead of the direct listing, which is in line with its $30 billion valuation in a funding round earlier this year. This price, however, is not an offering price and more a benchmark for where shares have been valued privately.

Meanwhile, market volatility has picked up once again, proving another potential challenge for Roblox as it looks to make its market debut. Nasdaq entered correction territory on Monday as Big Tech shares sold off, though markets were on track to claw back some losses on Tuesday.

Here’s a look at how we got here and who’s working on the debut.

Goldman Sachs, Morgan Stanley, and Bank of America are the three banks advising on the direct listing

Banks advising on the Roblox direct listing include Goldman Sachs, Morgan Stanley, and Bank of America.

Previously, Roblox began its public offering journey last year with all of those banks as IPO underwriters, plus three others — JPMorgan Chase, Allen & Co, and RBC Capital Markets. While those firms won’t receive league table credit for their work on the IPO, they may receive some compensation for their efforts, a source familiar with the amended deal previously told Insider in January.

Roblox tapped Global Trading Systems to serve as its designated market maker for its forthcoming direct listing, according to sources familiar with the matter who spoke to Insider in January. The move not only marked the first direct listing for GTS but also broke Citadel Securities’ streak of handling all the previous major direct listings.

In the past, Morgan Stanley has been the dominant advisor in the direct listing space, having been named lead financial advisor to the market maker on multiple direct listings, including those for Palantir and Asana. Both of those direct listings took place at the end of September.

Prior to that, Morgan Stanley had also advised Spotify and Slack on their direct listings, too.

Why Roblox settled on a direct listing, and what it means for its financial advisors

IPO pops have draw criticism from some who say the traditional initial public offering process might not be the best bet for every company.

When DoorDash and Airbnb went public in December, their stock prices surged on the first days of trading, fueling concerns that companies left money on the table and even stoking fears of an IPO bubble.

All of this rattled Roblox about the prospects of pulling the trigger on an IPO. In December, Baszucki told employees that “we feel there is an opportunity to improve our scientific process for employees, shareholders and future investors both big and small,” which he sent after witnessing IPO trading pops for companies like Airbnb and DoorDash.

The direct listing option allows the market to set Roblox’s share price with financial advisors collecting buy and sell orders and helping to come to a matching price. The company will not raise any fresh capital.

For the banks advising on the direct listing there are some distinct considerations they’ll make, namely foregoing apportioning discounted shares to institutional investors including hedge funds and mutual funds.

Jay Ritter, a University of Florida finance professor and leading authority on IPOs, previously told Insider that “a big source of profits for underwriters with traditional IPOs comes from their ability to allocate underpriced shares to their favorite clients, such as hedge funds.”

“These hedge funds are willing to overpay on other trades, in order to get favorable IPO allocations,” he added.

Direct listings enable companies seeking to go public to essentially cut out many of the complicated rites of the IPO, going straight to shareholders by listing their shares on an exchange.

There may be more innovation to come in terms of how companies go public.

In August, the SEC approved a proposal from the New York Stock Exchange to introduce a new twist on direct listing that would allow companies to simultaneously raise money. But the approvals process was stalled when the Council of Institutional Investors said that the new process would enable companies to evade some of the shareholder protections which are built into the tried-and-true IPO process.

And then, in December, the SEC finally signed off on the proposal, making NYSE direct listings with a capital raise a reality. Roblox is pursuing a traditional direct listing, and it remains to be seen if any companies will go the new route of the so-called primary direct listing.

Meanwhile, direct listings of this size and scale are a relatively new innovation in the industry. Only four have happened before this one, but they’ve already attracted high-profile support from the likes of venture capitalist Bill Gurley and others.

Gurley and some other VC’s see the direct listing as being one way to remove some of the machinations by which underwriters and their pals at institutional investors enrich themselves through the IPO process. This happens when banks sell swathes of a client’s shares to financial institutions, which can in turn flip those shares once the stock starts trading and stand to gain a profit if the share price rises.

In December, Gurley told Insider that, in the case of DoorDash whose stock price popped upon first trading, the people who benefited the most were those at the institutional investors which were appropriated shares by the banks, and the banks themselves, via their handsome trading commissions. He’s been arguing for banker-less direct listings for years.

Roblox’s financial performance: What we learned from its S-1

Roblox concluded a nine-month period ending on September 30, 2020 with some $589 million in revenue. The company was valued at $29.5 billion in January after it raised $520 million in a Series H round.

But just one year before, the firm was valued at $4 billion. Roblox has been lifted by a crush of consumer demand during the coronavirus pandemic.

In a 2021 forecast issued on March 2, Roblox warned that it may see growth cool off. It noted that social distancing restrictions had boosted its business in 2020, and it expects rates of growth this year will be “well below” the previous year.

Still, it said that it could see higher growth rates in 2022 and beyond as it attracts more older users and grows overseas.

Roblox delayed its public debut when IPOs were red-hot. Now it’s about to launch a direct listing into choppy markets.

One island welcomes all vaccinated travelers — but some may want...

TopClassicNews - January 25, 2021 0
Seychelles this month became the first nation to welcome vaccinated travelers from all over the world, sparking excitement among international travelers. But there are reasons...