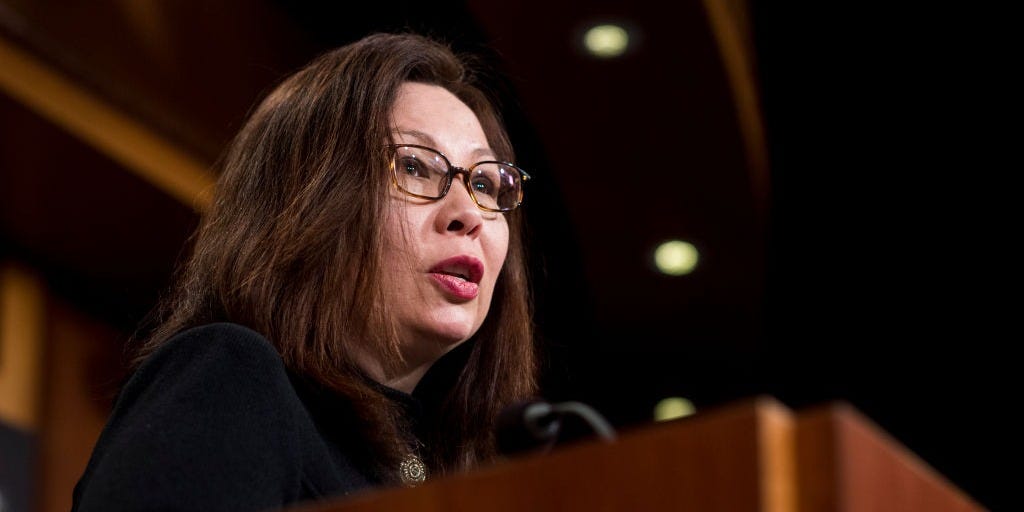 “F— Tucker Carlson,” Duckworth, who is an Iraq War veteran and Purple Heart recipient, tweeted. “While he was practicing his two-step, America’s female warriors were hunting down Al Qaeda and proving the strength of America’s women.”

“Happy belated International Women’s Day to everyone but Tucker, who even I can dance better than,” she added. “…and we all know it was his female partner who did all the hard work.”

On Tuesday’s episode of his primetime show, Carlson accused President Joe Biden of trying to feminize the military and making a “mockery” of the armed forces.

“It’s a mockery of the US military,” he added. “While China’s military becomes more masculine … our military needs to become, as Joe Biden says, more feminine — whatever feminine means anymore, since men and women no longer exist.”

Carlson went on: “The bottom line is, it’s out of control and the Pentagon’s going along with this. Again, this is a mockery of the US military and its core mission, which is winning wars.”

The primetime star drew swift backlash and ridicule over his remarks. Military women who are pregnant are exempted from arduous duties and deployments, and the services have strived to make the uniforms they wear more comfortable as one part of a campaign to keep more mid-career women in the service. Women make up approximately 16% of the armed forces.

There is little love lost between Duckworth and Carlson. In 2020, Carlson questioned the Democratic senator’s patriotism and called her “deeply silly.” Duckworth is a former US Army helicopter pilot who lost two of her legs after a 2004 rocket propelled grenade struck her aircraft in Iraq; Carlson was rejected by the CIA after college and has not served in uniform.

After Carlson’s broadcast, the US Army’s official Twitter account blasted out several tweets featuring photos of women serving in different roles in the military.

“We still have a lot of work to do to make our military more inclusive,” the department’s spokesperson told reporters. “What we absolutely won’t do is take personnel advice from a talk-show host or the Chinese military.”

‘F— Tucker Carlson’: Senator and Iraq War veteran Tammy Duckworth reams out Fox News host over his comments about women in the military

STOCK TO WATCH: A pizza…and £1,000 of Deliveroo shares

TopClassicNews - March 7, 2021 0
An appetising offer has arrived from Deliveroo. It’s not a halfpriced Biryani, but a plan to offer £50million of shares to customers. They can register...