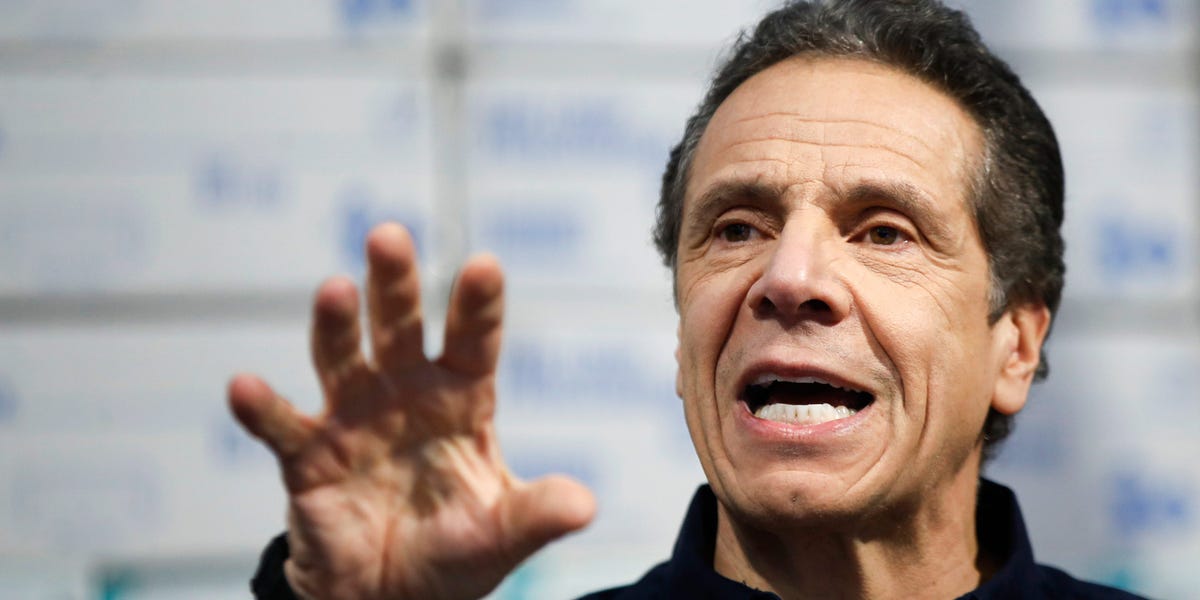 New York Gov. Andrew Cuomo on Sunday said during a phone call with reporters he would not resign in light of the rising number of allegations against him, saying that doing so would be “anti-Democratic.”

Cuomo, a Democrat who has served as New York governor since 2010, has over the past two weeks faced mounting claims of inappropriate behavior toward women. Five women so far have come forward with allegations against the governor, with accusations that range from his asking inappropriate questions to unwanted touching and kissing.

His former aide Lindsey Boylan was the first person to publicly accuse him of inappropriate behavior, saying in a blog post that the governor acted inappropriately and eventually kissed her without her consent in 2018, leading her to resign from her position. Accusations from four other women have followed since Boylan’s post on February 24.

The Washington Post on Saturday published a report that featured accounts from 20 people who worked with Cuomo since the 90s who alleged he fostered a “hostile” and “toxic” workplace.

Following his comments Sunday, reporters immediately unearthed a 2018 statement by Cuomo in which he called on then New York Attorney General Eric Schneiderman to resign following allegations against him in a New Yorker article.

Calls for Cuomo’s resignation are growing. After his press call, Andrea Stewart-Cousins, a Democrat and the majority leader of the New York State Senate called for his resignation in a statement Sunday, saying “we need to govern without daily distraction.”

New York State Assembly Speaker Carl Heastie, a Democrat, said he agreed with Stewart-Cousins “regarding the Governor’s ability to continue to lead,” calling the allegations against Cuomo “deeply disturbing” in a statement.

At a press conference last week, Cuomo denied ever having touching anyone inappropriately but apologized for upsetting the women with whom he worked.

“I understand sensitivities have changed. Behavior has changed,” Cuomo said. “I get it and I’m going to learn from it.”

Cuomo will be subject to an independent investigation conducted by New York Attorney General Letitia James who last week announced that Cuomo’s office had issued a referral allowing her to conduct such an investigation.

“There is no way I resign,” Cuomo said Sunday. “Let’s do the attorney general, let’s get the findings and go from there.”

Cuomo is simultaneously embattled in a scandal that involves his handling of COVID-19 in nursing homes. According to a report from The New York Times, in June last year, his office rewrote a report originally authored by state health officials that showed that more than 9,000 nursing home residents had died of COVID-19 by that point in the pandemic.

The rewritten report scrubbed references to the nursing home deaths, according to the Times report.

Online fashion giant ASOS has bought Topshop as part of a...

TopClassicNews - February 1, 2021 0
ASOS has bought Topshop, Topman, Miss Selfridge, and HIIT for £265 million ($364 million). The brands were part of the Arcadia Group, which fell into...