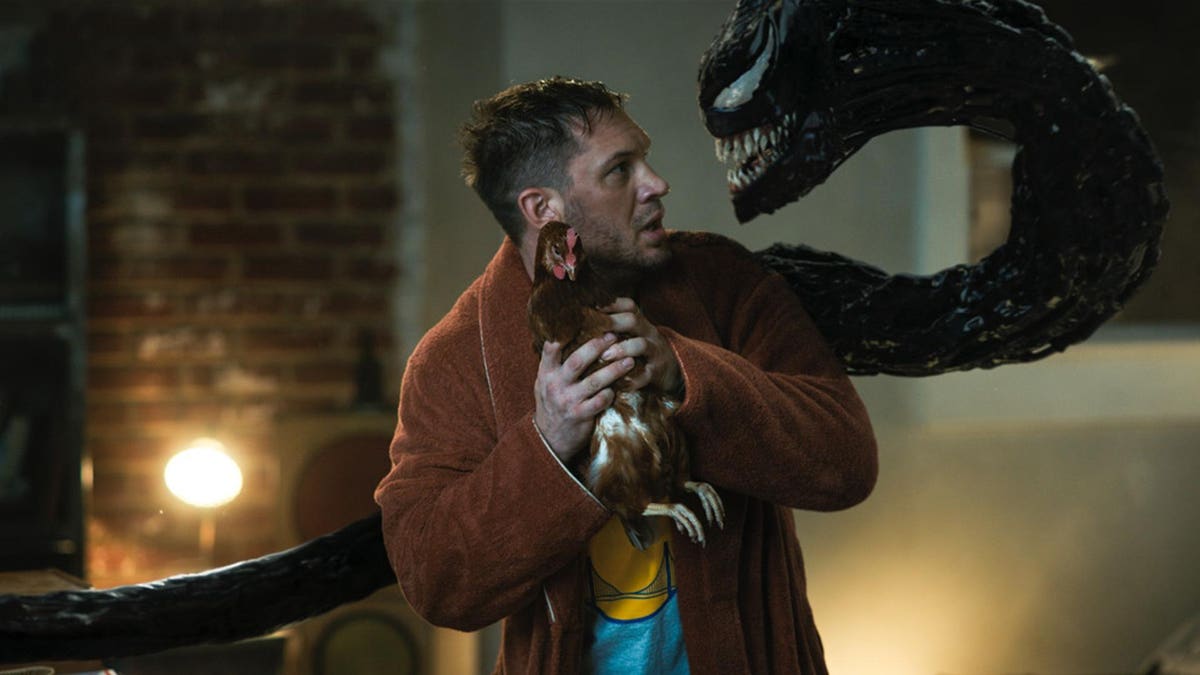 Andy Serkis and Kelly Marcel’s Venom: Let There Be Carnage opened with a super heroic $90 million in its first three days. That’s A) a pandemic-era record for a Fri-Sun frame and B) 13% higher than the first Venom’s $80 million debut on this weekend in 2018. Legs are an open question, with a triple-whammy of No Time to Die, Halloween Kills and Dune launching over the next three weeks, but the first Venom was frankly leggier than I anticipated. It finished with $213.5 million domestic alongside A Star Is Born ($215 million), Halloween ($159 million) and Bohemian Rhapsody ($217 million). Audiences liked the last Venom more than did critics and B) Sony has pulled off the biggest-possible coup for a spin-off of this nature. Their solo/stand-alone Tom Hardy-fronted Venom franchise is so popular for its own specific reasons that it doesn’t even need an assist from Tom Holland’s Spider-Man.

Regardless of whether the Venom movies are any good (or whether the sequel is that much better than its predecessor), they both are fine examples of how to correctly develop an existing IP. Whether by accident or design, Ruben Fleischer’s first Venom was a mix of generic grimdark origin story superhero storytelling and something approaching a self-mocking critique, complete with a go-for-broke leading performance that (and I mean this as a compliment) seemed to be trying to win an Oscar and a Razzie at the same time. By the film’s end, the origin story material was wrapped up, the world had been saved from a “bigger suit” nemesis, and the film had established a skewed Odd Couple/LGBTQIA-friendly bromance/romance between Eddie Brock and his symbiotic parasite. Even if audiences didn’t like Venom, they liked this specific cinematic incarnation of Venom and relished seeing him in another campy adventure.

Throw in a mid-credits tease promising a scenery-chewing Woody Harrelson as Carnage, plus consumers discovering Venom later in its theatrical run or in post-theatrical, and you had the makings for a breakout sequel. The comedic trailers promised audiences that they knew why the last film topped both Amazing Spider-Man movies. Venom: Let There Be Carnage is a 95-minute, small-scale (the fate of the world is not in the balance), character-focused relationship comedy. Spoiler: Eddie and Venom realize that, compared to Cletus and Carnage or even Cletus Kasady and Frances Barrison/Shriek: (an underused Naomie Harris), they work as a couple. It emphasized what audiences liked about Venom. Sony was right and I was wrong regarding audiences wanting to see a solo Venom flick. However, the popularity beyond opening weekend of that first film is rooted in audiences relishing time spent with Tom Hardy’s specific cinematic incarnation of Eddie Brock/Venom.

Sony’s similar blow-out success with the Jumanji sequels offered up a marquee cast amid a clever hook (Dwayne Johnson, Kevin Hart, Jack Black and Karen Gillan playing kids stuck inside video game avatars) and a winning adventure comedy package. Cue $962 million global in 2017 and $800 million in 2019 on a combined $210 million budget from plenty of moviegoers who couldn’t care less about Jumanji. Likewise, the Venom movies are appealing for reasons entirely unrelated to “It’s a Venom movie!” Audiences showed up for Let There Be Carnage because they wanted to see this specific incarnation of Venom or they just wanted to see Tom Hardy and Woody Harrelson chew scenery in a comic book superhero sandbox. The “reward” for this successful franchise development is that the Venom films are not relying on their connection, implicit or explicit, to any existing Spider-Man universe.

I hope Tom Holland’s Peter Parker and Tom Hardy’s Eddie Brock meet and/or come to blows in the next Spider-Man movie so as to get it out of the way, thus allowing the eventual Venom 3 to remain its own thing. The audience reception clearly shows that the biggest commercial hook for Venom movies is this franchise’s specific crowdpleasing and against-the-grain incarnation of Eddie Brock/Venom. The film’s small-scale, unapologetic camp comedy and explicit focus on its core “romantic duo” set it apart from the now-standard MCU action fantasy formula. Heck, that oil and water combination is what might make a cross-over somewhat enjoyable. Nonetheless, the blow-out success of Let There Be Carnage means that Sony doesn’t need Spider-Man to boost their Venom franchise. If and when Peter and Eddie rub elbows, it’ll (to paraphrase Batman Forever), not because Sony has to, but because they choose to.