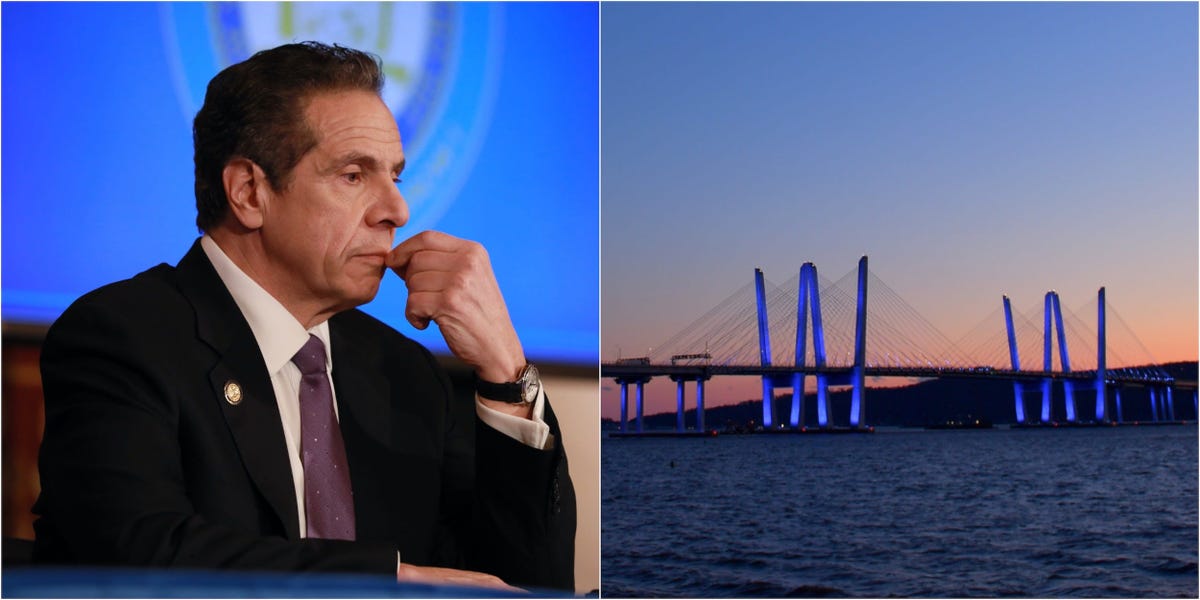 The Mario Cuomo Bridge, which replaced the rickety and heavily trafficked Tappan Zee Bridge in 2017, has “structural safety” issues that could lead to its collapse, an Albany Times Union investigation found. Cuomo named the bridge after his father, who was New York’s governor from 1983 to 1994.

Snapping bolts that are supposed to pin down the bridge’s suspension cables were the primary issue, according to the Times Union.

The eight month investigation also found that “Tappan Zee Constructors, the private corporation building the bridge for the state authority, may have committed fraud by concealing the fact that large numbers of bolts had been breaking due to either improper installation techniques, manufacturing defects, or both.”

In January 2016, an ironworker got hit in the face with part of a bolt that snapped when he was trying to use a torque wrench to tighten it, with the piece of metal ricocheting off of an overhang and splitting his lip open when he looked up.

“When you look at them, bro, the heads of them were like hollow, bad spot, sometimes the shank-lead to the thread has got a hollow spot,” one of the iron workers reportedly told James McNall, the project’s safety director at the Port of Coeymans.

McNall, who was fired later in 2016 after problems with the bolts kept happening, secretly recorded conversations with engineers and iron workers handling the bridge assembly at the port. He played them for a quality assurance inspector at Alta Vista, a private firm hired by the New York State Thruway Authority.

During a meeting at a restaurant in the Albany suburb of Colonie, McNall told the inspector that Tappan Zee Constructors may have committed fraud.

A whistleblower later came forward to report the issue, and experts began to worry that the bolt snapping could lead to a collapse of the bridge that has not even been moored in the Hudson River for a full decade yet.

The Times Union obtained records stemming from a False Claims Act case filed by McNall in the State Supreme Court, but the case has remained under seal since 2017.

State Sen. Joseph Griffo, a Rome Republican, sent a letter to the senate’s Government Operations Committee calling the structural flaws a “clear and present danger,” and demanded an investigation.

The New York Inspector General and the Attorney General’s office both launched investigations into the matter, according to the Times Union. The AG investigation “devolved from seeking an incisive probe of the bolt failures to pursuing an effort to arguably downplay the severity of the allegations, including any potential structural threat to the bridge,” Times Union reporter Brendan Lyons wrote.

A confidential report from the Thruway Authority put the likelihood of bolts failing at 1%, but also listed a snapping rate as high as 50% as a “worst-case scenario,” according to the Times Union.

Since December 2018, the Inspector General and Attorney General’s office have not spoken publicly about the bridge investigations.

“In 2016, independent experts began testing and later concluded that both the bolts and the bridge were safe long before either span of the bridge opened to traffic,” a spokeswoman for the Thruway Authority told the Times Union. “Public safety is our highest priority and the bridge is completely safe for the traveling public.”

Andrew Cuomo has a new scandal, and it’s the ‘structural safety’ of a bridge named after his father

With Over 70,000 Closa Agents Access Bank Drives Banking Closer To...

TopClassicNews - August 10, 2021 0
In line with its mission to deliver superior value to its customers and provide innovative solutions for the markets and communities it serves, Access...