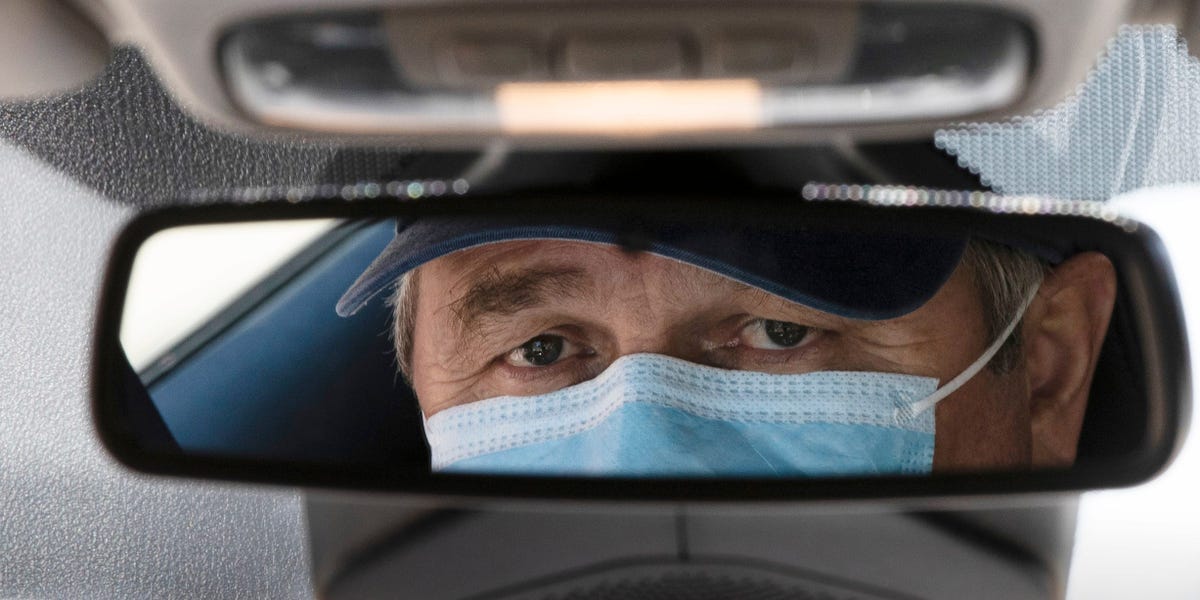 A San Fransisco Uber driver captured footage of three women assaulting him after he denied them a ride for not wearing masks, KPIX 5 reported.

In the video, the women can be seen coughing at the driver, Subhakar Khadka. They also yelled profanities at him.

Khadka also had his mask ripped off his face and one of the women grabbed his phone.

In a tweet, KPIX 5 reporter Betty Yu said that the attack started after Khadka noticed one of the women not wearing a mask and politely asked her to do so before driving them to a nearby gas station to purchase some.

Khadka, who is South Asian, told Yu that he believed the attack was racially motivated.

“If I was another complexion, I would have not gotten that treatment from them … The moment I opened my mouth to speak, they realized I’m not among one of them, so it’s easy for them to intimidate me,” he said.

There’s been a rise in hate crimes against Asian-Americans since the pandemic started. Stop AAPI Hate, a reporting center that’s been tracking cases like these said from March to December of last year they received over 2,808 firsthand accounts of anti-Asian hate crimes.

One of the women pepper-sprayed him “like a roach” on her way out of the car, Yu reported.

Uber did not reply to Insider’s request for comment at the time of publication but told KPIX 5 that they were aware of the incident.

“The behavior seen in the video is appalling. The rider no longer has access to Uber,” the company said.

This isn’t the only incident of ride-share drivers being attacked for trying to enforce mask use.

Last month, the Chicago Tribune reported that a Lyft driver was also assaulted after asking a passenger to wear a mask. The driver told the passenger to leave the car after they refused to put on a mask. They then spat on the driver.

In late January, another Uber driver in Colorado captured a dispute with a passenger over masks as well. A rider asked the driver if he was “afraid of the corona,” after being told to wear a mask. The passenger said he’d only wear a mask if the police pulled them over. He also hit the driver on the shoulder, KDVR reported.

If Bill And Melinda Gates Can’t Work Together After 2 Years, Melinda Will Step Down From Gates Foundation

Reddit has raised $250 million and doubled its valuation to $6...